You are using an unsupported browser. Please update your browser to the latest version on or before July 31, 2020.

What is a Relationship Team?

Assigning Users to a Relationship Team

Note: When adding Relationship Team Members, only System Administrators will see Case Access and Opportunity Access. These fields do not affect your CRM because Cases and Opportunities are not included in your licenses.

Tasks can be assigned to users based on relationship teams and the roles within the team. For example, the workflow New Request: Address Change, there could be an organization rule that assigns all address change tasks to Team Role Operations. This could save you from having to build a workflow for each person; instead it will look for the assigned operations Team Role on every relationship for this address change task. If there is no Team Role Operations on a Relationship, the task will be assigned to the Relationship Owner. 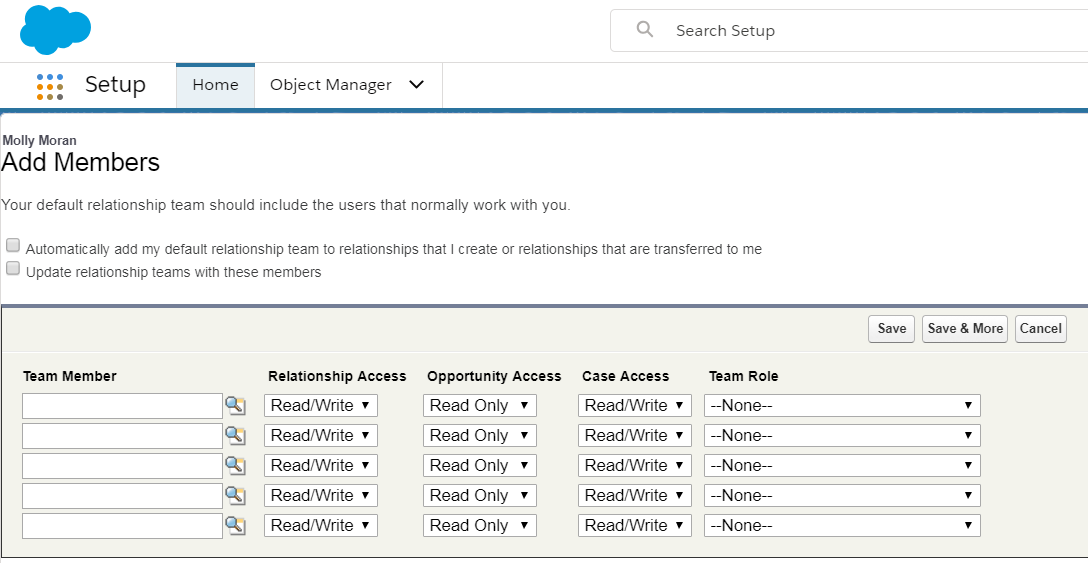 Feedback
0 out of 1 found this helpful